Parrots speak, but few could know to have the perfect parting words before they die. Alex, the African Grey told his owner, Irene, “You be good. I love you” before he passed away.

When  Dr. Pepperberg bought one-year-old Alex from a random pet store, scientists did not expect much, that any bird could learn to communicate with humans. Most of the research had been done in pigeons, and was not promising. 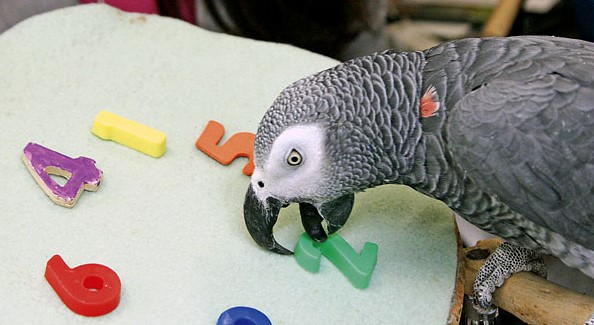 But by using innovative training techniques, Dr. Pepperberg prompted Alex to learn about 150 words, which he could put into categories, and to count small numbers, as well as colors and shapes.

Alex was capable of demonstrating more than simply the ability to imitate human speech patterns. He showed surprising facility. For example, when shown a blue paper triangle, he could tell an experimenter what color the paper was, what shape it was, and — after touching it — what it was made of.

Like parrots can, he also picked up one-liners from hanging around the lab, like “calm down,” and “good morning.” He could express emotions like frustration, or apparent boredom.

The last time his caretaker saw Alex she said goodnight as usual. “You be good,” said Alex. “I love you.” “I love you, too.” “You'll be in tomorrow?” “Yes, I'll be in tomorrow.” But Alex died in his cage that night. The parrot was 31.
Source: https://www.nytimes.com